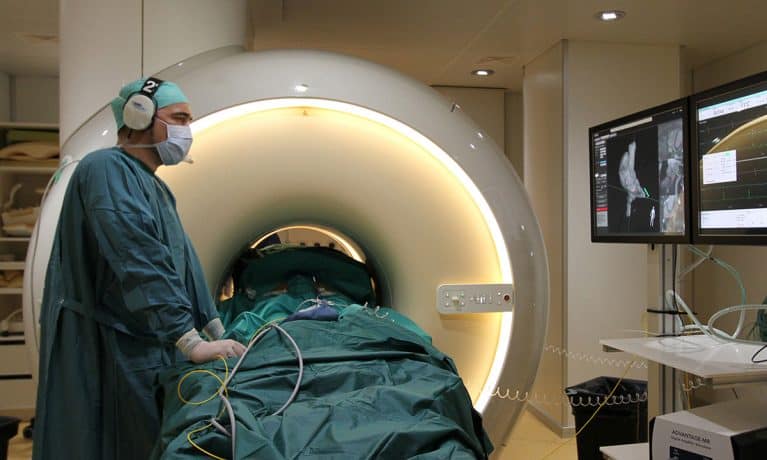 Minneapolis, Minn. – January 22, 2018– Imricor Medical Systems announced today the completion of enrollment for the clinical study to evaluate Imricor’s Vision-MR™ Ablation Catheter for the treatment of atrial flutter under real-time MRI guidance. The single-center study enrolled 35 patients and was sponsored by the University of Leipzig Heart Center in Leipzig, Germany. Professor Gerhard Hindricks MD, Head of the Department of Electrophysiology at the Leipzig Heart Center, was the principal investigator.

“This clinical study marks an important step in the advancement of EP interventions in the MRI environment,” said Prof. Hindricks. “We truly believe that ablating in the MRI adds substantial benefits to our standard procedures. For example, during one procedure, we were able to visualize with MR an abnormality in the patient’s heart and modify our catheter placement to successfully complete the ablation. In a traditional lab, this would have been a “difficult” procedure and we would not have known why, but with MR, we were able to see the anatomical challenges and tailor the ablation. This is quite exciting.”

Imricor’s Vision-MR catheter, when used with the Advantage-MR™ EP Recorder/Stimulator System, allows physicians to perform cardiac ablations under MRI guidance. With real-time MRI, physicians can individualize the ablation for each patient’s unique cardiac structure and substrate. In addition, they can assess lesion quality and fill gaps in the ablation line during the initial procedure. Ablations guided by MRI have the potential to improve outcomes and provide safer, more cost-effective treatment – all in an environment that is free of radiation for both the patient and physician.

CAUTION: The Advantage-MR™ EP Recorder/Stimulator System has received CE mark approval; it has not yet been approved for use in the United States. The Vision-MR™ Ablation Catheter has been approved as an investigational device for clinical studies in Europe.